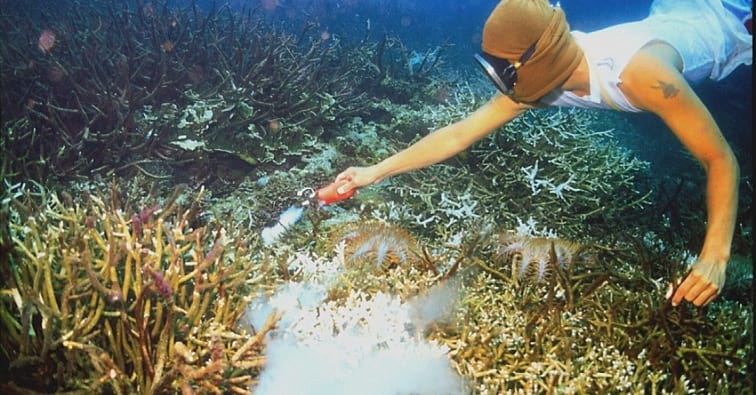 Using potassium cyanide to catch fish for the aquarium trade is a massive problem and it is estimated that around 2.2 million tonnes of potassium cyanide has been used in the waters of the Philippines alone over the last 50 years.

Governments, conservation groups and the aquarium trade as a whole want to find a method of identifying which fish have been cyanide-caught and which have been legally caught using nets.

In 2012 a paper was published which suggested a method called "high performance liquid chromatography" was able to do just that.

However researchers at Roger Williams University in Bristol, Rhode Island have found that the data in the original study is flawed and the technique is ineffective in identifying cyanide caught fish.