Indo-west Pacific. Western Pacific from southern Japan to Australia, ranging west into Indian Ocean to the Maldives and Thailand, and east to Vanuatu, Coral Sea. Adults live in coral rich lagoons and along outer reefs in a depth range of about 5 to 35m. The Blue-faced angelfish is shy in most places and usually seen solitary, but occasionally it forms pair which occupy large territories. This species feeds on sponges and tunicates, and makes loud bongo-like sounds when disturbed. Adults are readily identified by their brilliant blue head  with an orange mask over the eyes, and have an obvious dark blue round spot on the end of the dorsal fin. Juveniles are bluish black with vertical blue and white lines, the lines being mainly straight on the body. Change from juvenile to adult pattern begins at a length of about 7 cm, and is usually completed when reaching 10 to 12cm. Length to 40cm, common to about 30cm. 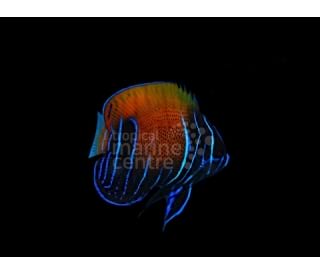 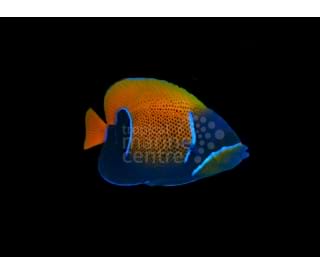 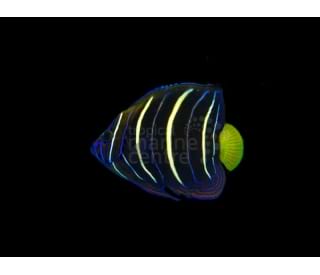