Widespread tropical Western and Central Atlantic, ranging from the Caribbean north to Florida and the Bermudas, and south almost along the entire Brazilian coast to the latitude of 30ºS, south of Rio de Janeiro. Expatriates reach the central Atlantic Island Ascension. It lives on shallow coral reefs, algae and rubble areas, but ranges into deep water and reported to 100m. The French Angelfish has a large, discus shaped body with posteriorly pointed dorsal and anal fins that elongate with age. Adults are dark grey, highlighting the yellow scale-margins as a series of vertical dashes. It has a yellow blotch at the base of the pectoral fin. The head is usually a paler grey than the body. Juveniles are black with yellow bands, one forming a loop on the caudal fin, three on the body and one on the nape and mouth to the chin. Length to 40cm. 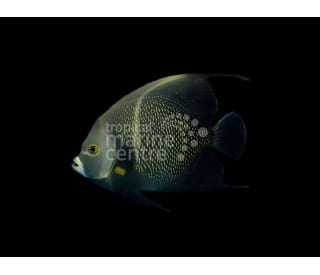 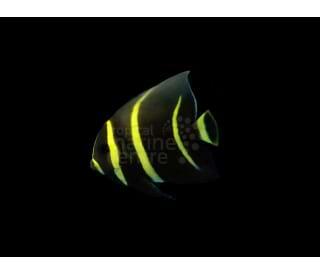 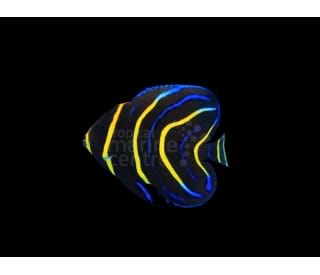 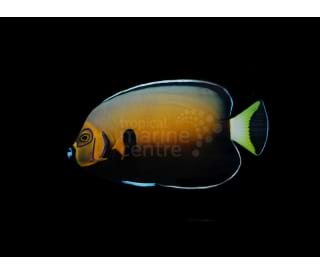