Butterflies
Guenther's Butterfly
Chaetodon guentheri
Care:
Beginner
Diet:
Omnivorous
Light:
Medium
Place of origin:
Melanesia
Widespread West Pacific, ranging to southern Japan and to sub-tropical Australian waters. Mainly found in sponge zones, and deep water  occurrence in equatorial waters is habitat related, not in cold water as is sometimes suggested. A schooling species that is often on the move, with schools observed in various areas that are prone to strong currents. May be commonly seen in some areas for a while and then move on. Adults usually occur deep in equatorial waters, rarely found at depths of less than 40m. This species will travel in open water and cleans large pelagic fishes. Pearly white with numerous small dusky spots on sides, some forming vertical rows, and changing into yellow to orange from dorsal fin to anal fin, Sometimes has a black spot on upper end of dorsal fin. Length to 14cm. 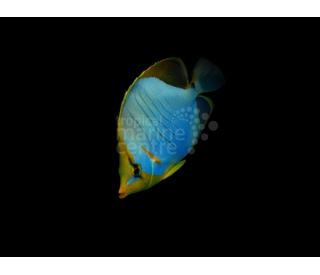 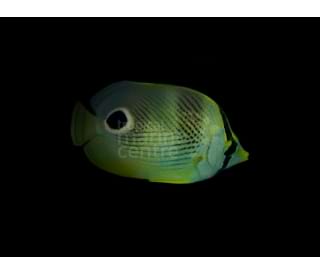 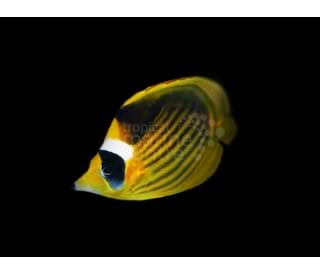 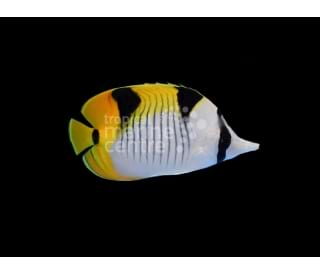