West to central Pacific, ranging from eastern Indonesia to the Marquesas Islands. Common in Palau, the Marianas, Marshalls and Society Islands. Depending on locality, occurs from shallow reef crest to 60m. Readily identified by the bright orange to red colouration. Normally has several black bars on the body, but this varies geographically. Those in the Marquesas tend to possess a few or no bars, except the first black blotch behind gill cover. Hawaiian, Christmas and Line Islands individuals are often bright red. Lenght to 10cm, but usually to 7cm.

They are commonly referred to as pygmy angelfishes, due to their generally much smaller size than other angelfish genera. The species are variably distributed in tropical and subtropical seas of the world. Few have large geographical distributions and some are endemic to tiny oceanic outposts, an island , or small island group. They occur on algal-rocky and coral reefs, and most species live in shallow waters at depths to about 15m,  but some range to 70m or more, and a few inhabit only depths of more than 50m. Pygmy angelfishes are quick-darting and often shy species that hug the substrates with tunnels and crevices, ready to disappear and appear again several metres away.
Share:
Facebook Twitter Linkedin Share Button 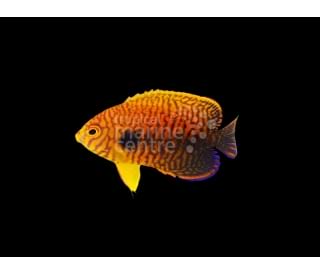 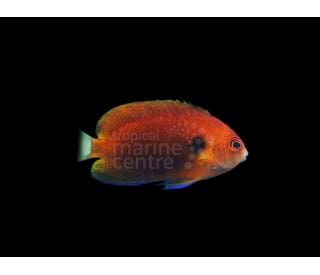 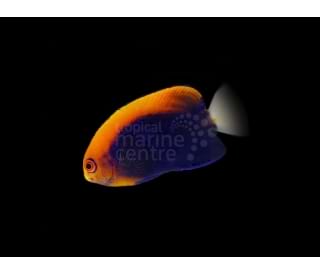