Throughout the Red Sea to the western tip of the Arabian(Persian) Gulf, and ranges southward to the coasts of Somalia and Kenya. Mainly occurs on sandy or coral rich reefs, shallow depths to at least 60m. The yellow-blotch angelfish lives solitary, establishing large territories in fringing reefs, which are constantly  patrolled. A large and impressive angelfish due to its shape and colour. Adults usually pale blue with a large yellow blotch on their side. Small juvenile P.maculosus have alternating white and light blue vertical lines on a dark background, and are distinguished from the similar juvenile P.asfur by their paler caudal fin and more rounded anal fin, but the caudal fin may also turn bright yellow at some stage. Changes from juvenile to adult patterns occur at a length of about 10cm. Can reach 50cm, usually to about 35cm. 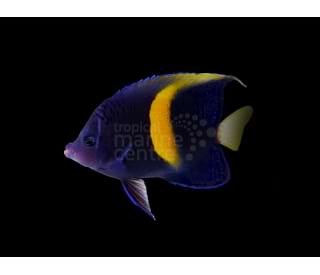 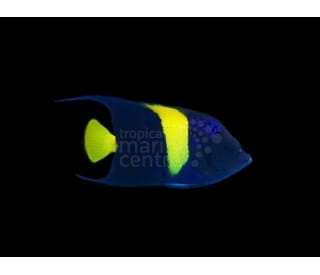 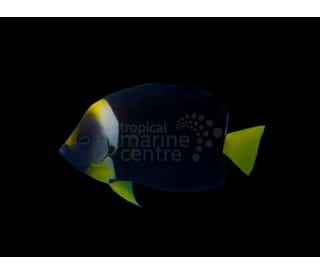 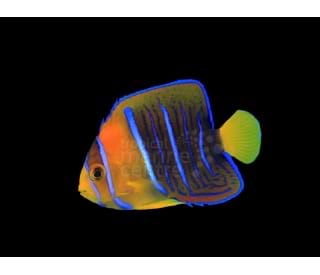