Western Indian Ocean, along the East African coast from Somalia south to KwaZulu-Natal. Recorded also from the Seychelles, Comoro Islands, and Madagascar. A solitary species found from shallow coastal reefs to offshore at depths to at least 30m. An attractive and easily identified species at all stages. It has distinct white vertical lines on a dark body and yellow caudal fin. The head has a pattern of irridescent blue lines and the "ear-spot" behind the head shown in adults gives it its common name. Called Gold-tail angelfish in South Africa. Length to 30cm. 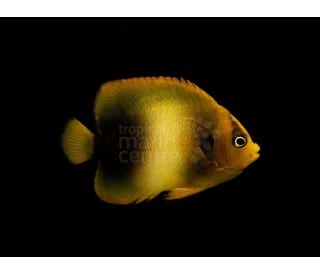 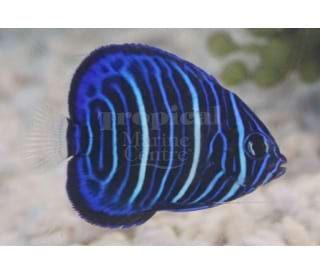 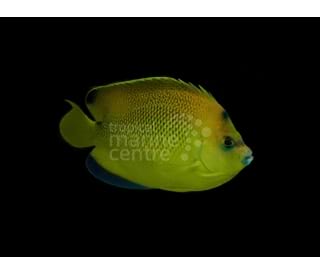 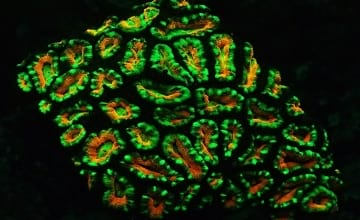