Butterflies
Heniochus Butterfly - B&W
Heniochus acuminatus
Care:
Beginner
Diet:
Omnivorous
Light:
Medium
Place of origin:
Western Indian Ocean
Widespread Indo-West Pacific, ranging to well into sub-tropical zones. Various reef habitats from rocky estuaries to deep coastal and inner reef habitats, less common on outer reefs. Usually found in rocky or rubble zones. Adults normally swim in pairs or small groups close to reefs. Juveniles singly or in small groups in estuaries and harbours. Distinguished from the very similar Heniochus diphreutes by the longer snout, its more elongated shape, and having a longer and more angular anal fin when adult. Juveniles lack the white posterior area behind the last black band and this is all yellow instead, blending in with the colour of the soft dorsal and caudal fin. Length to 25cm, 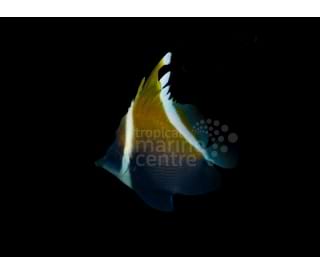 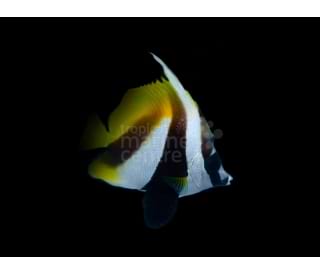 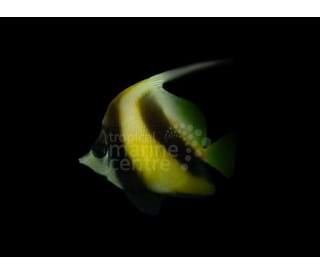 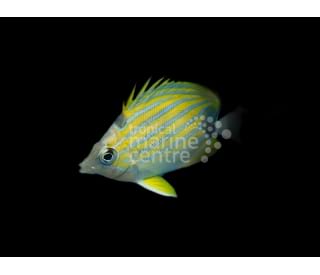