Measurement of light is important to evaluate that lighting is right for an application. We at Biosystems are strong advocates of measuring what we and others do, and as such we have sourced a tool that can cover most bases fairly easily.

Significant units of measure are as follows:

Spectrum: a visual representation of the mix of wavelengths in a light (both in the visible spectrum and beyond). This is very important to consider because of the variation between the way we experience light when compared to other organisms. We might be able to see well under a light that isn’t much use to an animal, or vice versa. For example pigs can’t see red light at all, so a white light with a lot of red in it (e.g. an incandescent bulb) will seem dim. Furthermore certain wavelengths may be important due to their biological effects, so should be considered when specifying lighting. Spectrum is also important when dealing with photosynthesis because some wavelengths will be more useful than others.

Total Luminous Flux: measured in lumens (lm) this is a measure of the power of light perceived by the human eye. It should be noted that luminous flux is different to radiant flux (measured in Watts) as it is adjusted to reflect the varying sensitivity of the human eye to different wavelengths of light.

Illuminance: measured in lux (lx) and derived from the lumen, this is the luminous flux hitting a surface. It is important because it is effectively the amount of usable light.  For example 1000 lumens spread over an area 1m2 gives you a figure of 1000 lux; however the same amount of light spread over a 10m2 area gives an illuminance of only 100 lux.

IMPORTANT NOTE: As mentioned, animals experience light differently to humans and so the lumen and lux provide more of a guide than a true view on how much light will be available to the animal. The need to take into account both lux and spectrum provided is what gave rise to the name for our lighting system: The ‘Biolumen’ is a theoretical unit like the lumen, but tuned to the needs of the plant/animal. 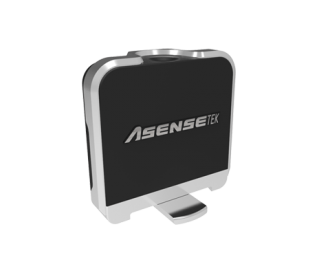